Dec 12 Posted by Duncan Isenhower -blog in Fitness Tips
Riding a bike is usually considered a safe exercise for knee rehab. The cycle motion helps restore knee joint mobility, strength and flexibility. On a recumbent bike, the user sits in a reclined position. The seat has a backrest and the pedals are in front of the rider instead of beneath as in the position of an upright bike. Pedaling with your feet in front of you changes the direction of the forces that are applied to the knee joint. Rehab patients should consider their knee injuries before riding an upright bike, according to a study led by Raoul F. Reiser II of Colorado State University.​ 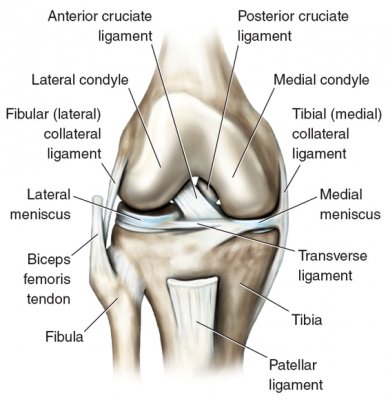 The knee is the largest joint in the body and consequently it is the most easily and commonly injured. The major ligaments, that are often injured, and connect at the knee are the anterior cruciate ligament (ACL), the medial collateral ligament (MCL) and the posterior cruciate ligament (PCL). ACL injuries typically occur when individuals change direction quickly or when landing from a jump. MCL injuries are usually a result from a direct impact to the outside of the knee, while a PCL injury is typically from a blow to the front of the knee. ​ 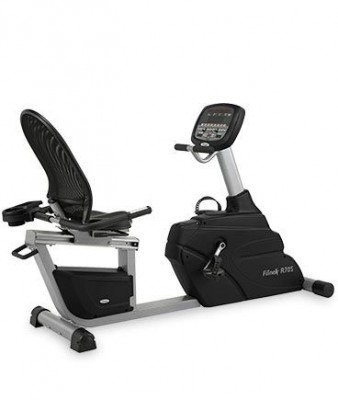 on a recumbent bike the semi-reclined position redistributes lower body weight, limits hip movement and provides a backrest to push against when riding. According to the Colorado State University study, riding a recumbent bike places less stress on the ACL. The study suggests that the range of motion for the knee joint is the same when riding an upright bike or a recumbent bike. The seat moves forward and backward and proper placement is important to reduce the amount of strain on the knee joint. The knee should be slightly bent and hips should not rotate when pedaling. 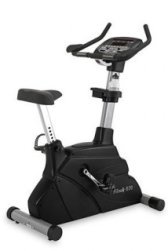 The saddle height of an upright bike influences the amount of bend in the knee and being too high will place more strain on the ACL and the iliotibial band. Having the saddle too low will cause more strain on the patellofemoral joint. The Cartilage Health website recommends a high saddle during the first few exercise sessions to restore range of motion but says individuals should move the seat down as it becomes easier to go through a full pedal revolution.

Physicians often prescribe the recumbent bike first to get you used to exercising after a knee injury due to it being easier to use than the upright bike. Riders on an upright bike can be tempted to stand up when riding, placing too much strain on the knee. Individuals should choose the type of bike that they want to ride based on their physician's recommendations, their range of motion at the knee joint, their specific injury, their ability to control intensity and which bike feels more comfortable.

Note: This is not intended as medical advice. Follow the instructions of your physician.